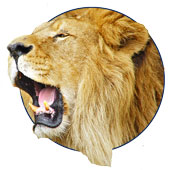 Everyone is excited about Lion. Even though many new features on Mac OS X 10.7 are giving us improvements we kept asking for since 10.1, Apple has again succeeded in giving all the new features the strong essence of innovation that makes us unable to hesitate to install and try Lion out as soon as we are able to.

But we are also afraid. What if some important apps stop working? One word talks for itself: Rosetta. Yet another technology has been killed even before it had a chance to fade from something new to something we take as normal.

10 and more years ago, as a Mac fan I used to be always the first one to install new versions of Mac OS. I was often even using beta version. Today, I find myself being often the last one to upgrade. What has changed?

As I am getting busier and busier, I find even a small issue with the apps I use for my daily work very distracting. Today, my critical non-Apple software includes FileMaker Pro, Things, ScreenFlow, and printer/scanner drivers. Fortunately I have found one simple but very useful rule for deciding when to upgrade what.

The rule is: Operating system should be your oldest piece of software.

You still can (and should) try the new system as soon as you can, but it would be silly to do that by replacing your working system. Use a separate testing computer for that if you have one, or at least a new disk partition. But don’t spend too much time playing with the new system. Otherwise, especially in the case of Apple’s product, you’re risking that you will get used to the new features and will miss them when returning to the older version.

Why should OS be your oldest software?

I know, it sounds a bit outrageous, but it’s very logical. Think about this: How many users does any single application have? Way less than the operating system itself. And there are millions of apps out there. So what’s more likely? That operating system vendor will spend money and time to make the new OS compatible with apps, or that app vendors will have to take care of upgrading their apps for the new OS?

You got it. Application updates almost always follow the OS update with a delay. Yes, key app vendors have access to early versions of the OS, but serious companies always wait until the final release of the OS is out, just to make sure they test their updated apps on the shipping OS.

So the rule is definitely logical. The only trouble with is is that you almost always have to break it because not all software vendors are quick enough to get their updates out in a reasonable time. So I actually use a little bit more complex rule.

The modified rule is: OS should always be the oldest piece of my critical software. Every exception (piece of software older than the OS) must be carefully tested, and sometimes replaced with an alternative, before I use it for important work.

It may not be the best rule, but I can say that since I keep applying it I have never had any issues caused by an application being unexpectedly incompatible with my operating system.

Of course, you can apply the same rule to apps and their plug-ins…

So this is my rule, and my alway-the-same answer to the question: “Should I upgrade or wait?”

What is your approach? Let me know your own rules in the comments below.

Title image derived from photo by Tambako the Jaguar