Echoes of the Past

As time passes by, we quickly and easily get used to new technologies and new versions of all the apps we use. FileMaker Pro is not an exception. Occasionally, the history decently knocks on the door, checking if we remember. Just like recently, when a customer contacted us, asking for help with converting his invoicing solution, made in FileMaker Pro 1.0, to the current version.

It was a slight challenge as FileMaker Pro 16 can no longer directly import FMP 1.0 databases. Even FileMaker Pro 11, which is the oldest one that I can still run on my macOS Sierra, could not import that. Actually, the latest version of FileMaker Pro able to convert FMP 1.0 format is FileMaker Pro 6. But only Mac version. The Windows version can only convert FMP 2 or newer file format. So an adventure has started…

In order to convert the database using FileMaker Pro 6 for Mac, we needed an old Mac that would run this software. My colleagues fortunately found one iMac G4 that was still operational, and were able to install Mac OS 9 on it… 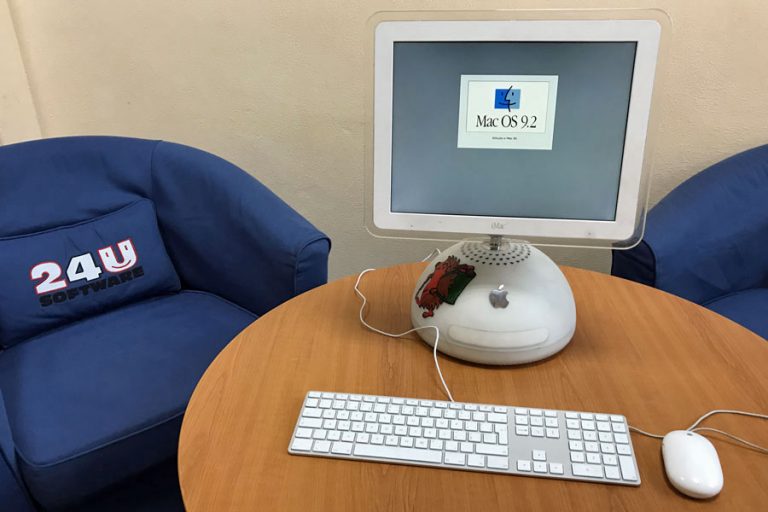 So I wanted to install FileMaker Pro 6 on it, but that wasn’t as easy as I expected. Our backup of the installer on our server was unfortunately corrupt. So I found a CD, but then could not make the CD tray out of the iMac as the keyboard I used was too new and the system did not want to recognize the Eject key… Searching on the internet revealed I need “Eject Extras”. 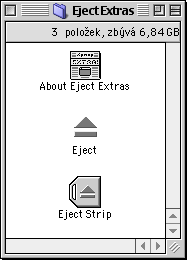 After installing that I could finally open the CD tray. But discovered the drive does not consider my CD readable. Probably because of dust inside or something. So I found and connected an external USB optical drive. That worked and I could finally install FileMaker Pro 6 convert the database with it.

When converting that file using FileMaker Pro 11 on macOS High Sierra, it was converted to unicode assuming the internal encoding of the file was Mac Roman. But the actual encoding the file was created with was Macintosh CE. So I needed to perform the second conversion step a bit differently.

From our past projects my colleague recalled that there was a version of FileMaker Pro which, when converting an old file format, actually gave us the chance to manually select the source encoding. It was FileMaker Pro 8.5 CE for Windows. So I found the installer and installed it under my copy of Windows inside Parallels Desktop. When converting the database I got presented with this pleasant dialog: 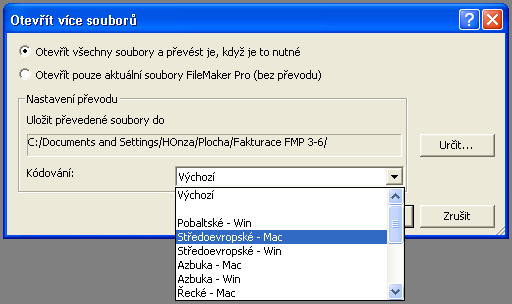 Then it was easy. and I could advance to the last step.

Converting the file to the fmp12 file format using FileMaker Pro 16 was as easy as you would expect it to be. When I opened the converted file, it looked almost exactly as in FileMaker Pro 1.0, except for the FileMaker document window elements and toolbar:

It was an adventurous experience with a bit of nostalgy, but reminded me how happy I am to work with tools that are built to last. First thing that helped me was the fact that I could use, almost without issues, a 16 years old iMac G4, and even transfer data to and from it using my year-old USB flash drive. But finally, I got a solution created with a 28 years old version of FileMaker Pro opened by the latest FileMaker Pro 16, and the solution appeared and worked still exactly the same as 28 years ago.

That is what I call “built to last” and I am glad to say that about the FileMaker platform. Take that into account when selecting the platform to build your next app around. Especially if you are going to build it to last…