Within only 6 weeks the FileMaker platform helped 24U and SYNELOGIS to develop and deploy a custom app for managing freight transportation that completely replaced paper waybills and allowed truck drivers to share data with dispatchers in real time. 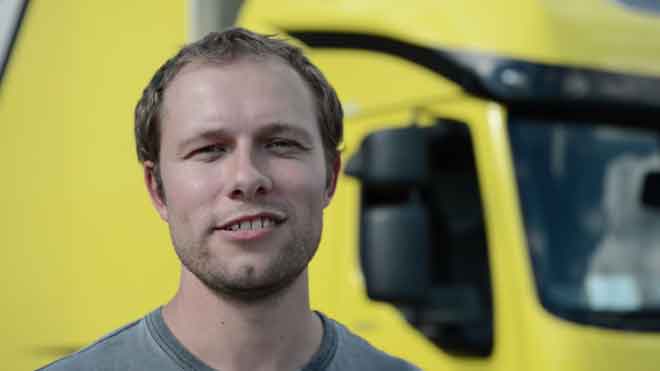 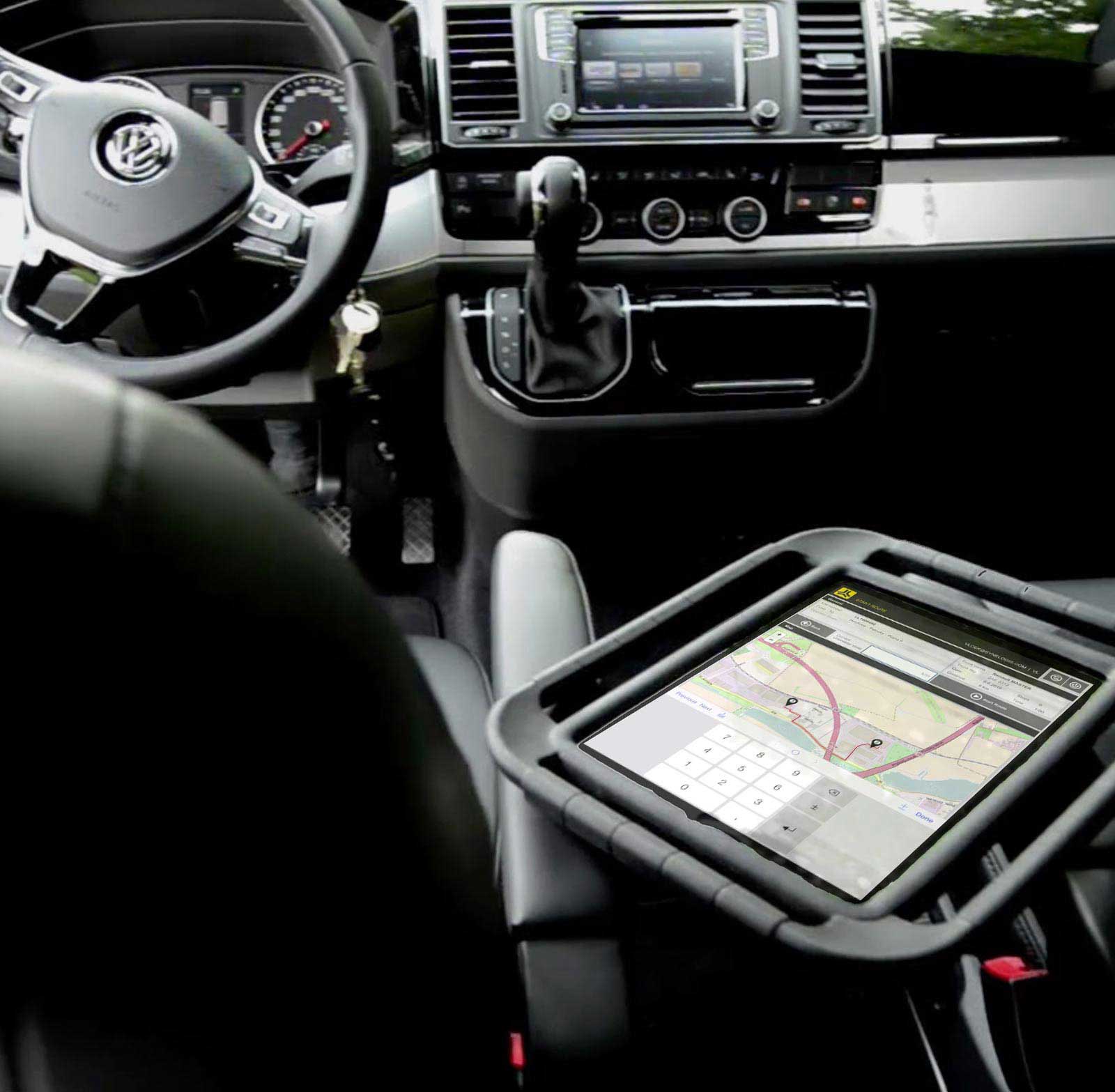 The SYNELOGIS company strives to bring synergy to logistic processes by using modern technologies and sharing data between sales, transportation, stock, logistics, and the customer in real time.

In SYNELOGIS people believe in innovations and seek opportunities where others don’t see them. The goal of their integrated system SYNESYS is to modernize archaic processes in logistics and transportation and to enable trading companies to control movement of goods intuitively in real time, so that they are delivered quickly and correctly to the customer at the lowest possible cost. 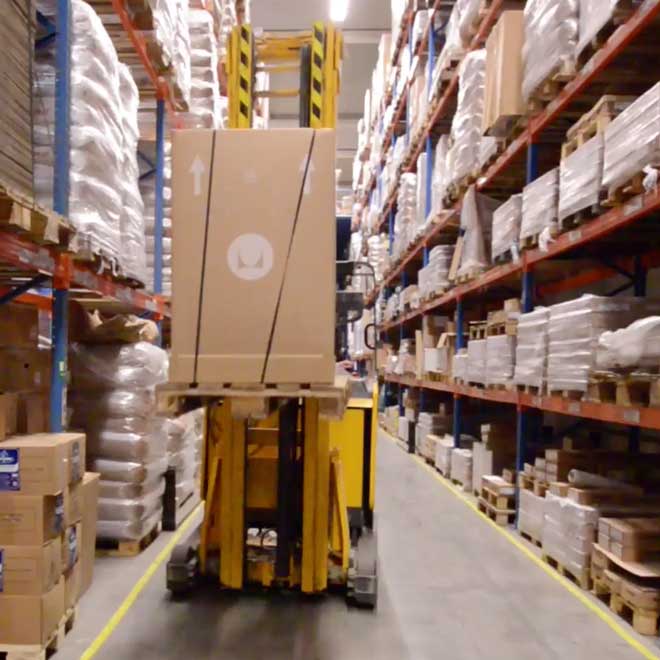 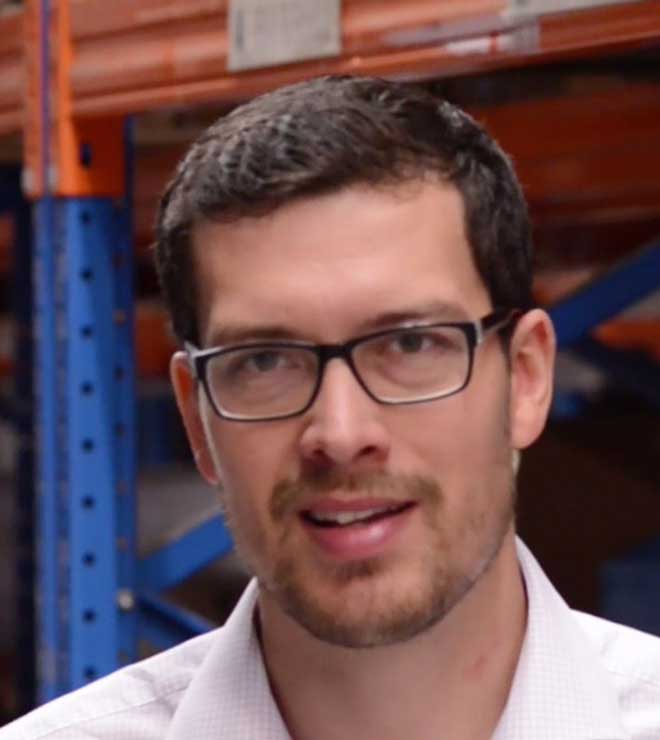 “Our company can provide information to the customer immediately with the help of modern technologies. Current trends are that in the future we won’t need papers. My strive so that the customer does not have to sign a paper he throws away later. We use tablets and these devices help us to minimize the time information needs to flow from the supplier to the customer,” Jiří Šimák, SYNELOGIS CEO said

Opportunity With a Deadline

At the beginning of 2016, SYNELOGIS got a new opportunity to replace an inefficient hauler by starting their own freight transportation business. This could help their partner to lower the transportation costs. At the same time SYNELOGIS could base development of the transportation module for their system SYNESYS on an actual own experience. This opportunity was conditioned by the requirement to start the operation from the 1st of March, i.e. in less than two months.

Jiří Šimák said: “We had a great opportunity to start transporting freight on our own. We had a very short time frame because the current hauler working for one of our partners was close to collapse. We wanted to take advantage of this and bring something new. Thanks to that we could acquire new trucks and new technologies, which would help us to make our partner more efficient.”

The opportunity appeared right before the year end and the 1st of March was set for drivers to depart with first packages. Within this short time frame it was necessary to pick the right partner and technology for the development, analyze the requirements, develop the app, and test the app sufficiently to prevent issues that would endanger operation from appearing after deployment. 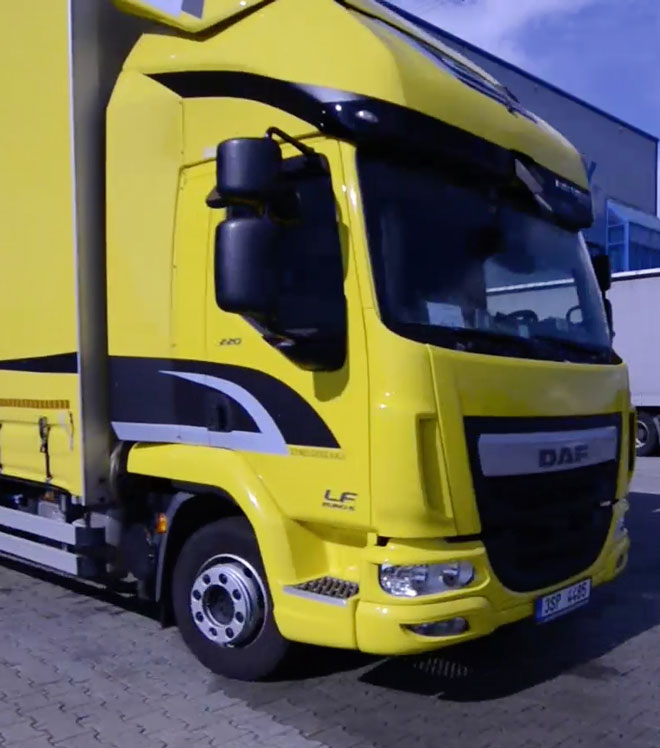 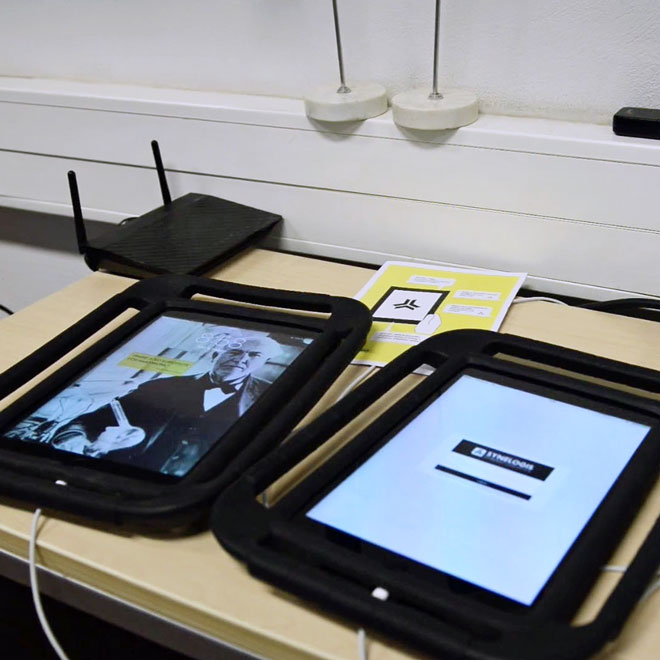 Modern Intuitive App for Desktop Computers and Tablets in 6 Weeks

Developing an app that would be functional, modern, intuitive, and help to modernize company processes at the same time, all that in just six weeks, was a challenge from all perspectives. On the other hand, the chance to break away from existing processes is an ideal opportunity to fully utilize the most modern technologies available.

A requirement for intuitive user interface played role already in selecting the technical equipment. Therefore iMacs were selected for dispatchers and iPads for drivers. Basing the whole app on the FileMaker platform was then the key to bringing the whole project to success within the given time.

“By using the FileMaker for development, we were not only able to create the app in such a short time, but also to flexibly modify the app in response to requirements coming from the experience after deployment,” Milan Zach, lead developer at 24U said.

The process begins with a dispatcher who receives an order to transport a shipment. The Synetrans app helps the dispatcher to quickly sort shipments between available trucks, so that they arrive to their recipients as fast and cost effectively as possible. The biggest innovation of Synetrans in this phase is that the dispatcher is able to see an up-to-date analysis of expected cost and profit from the very beginning.

When shipments are ready to be transported, an iPad comes to the scene. For the truck driver, it has completely replaced paper waybills. Thanks to the mobile app the driver stays constantly in touch with the dispatcher, without compromising his safety while driving or wasting time by unscheduled breaks. 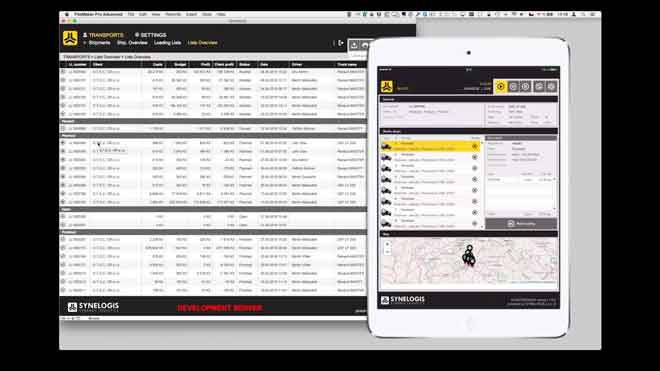 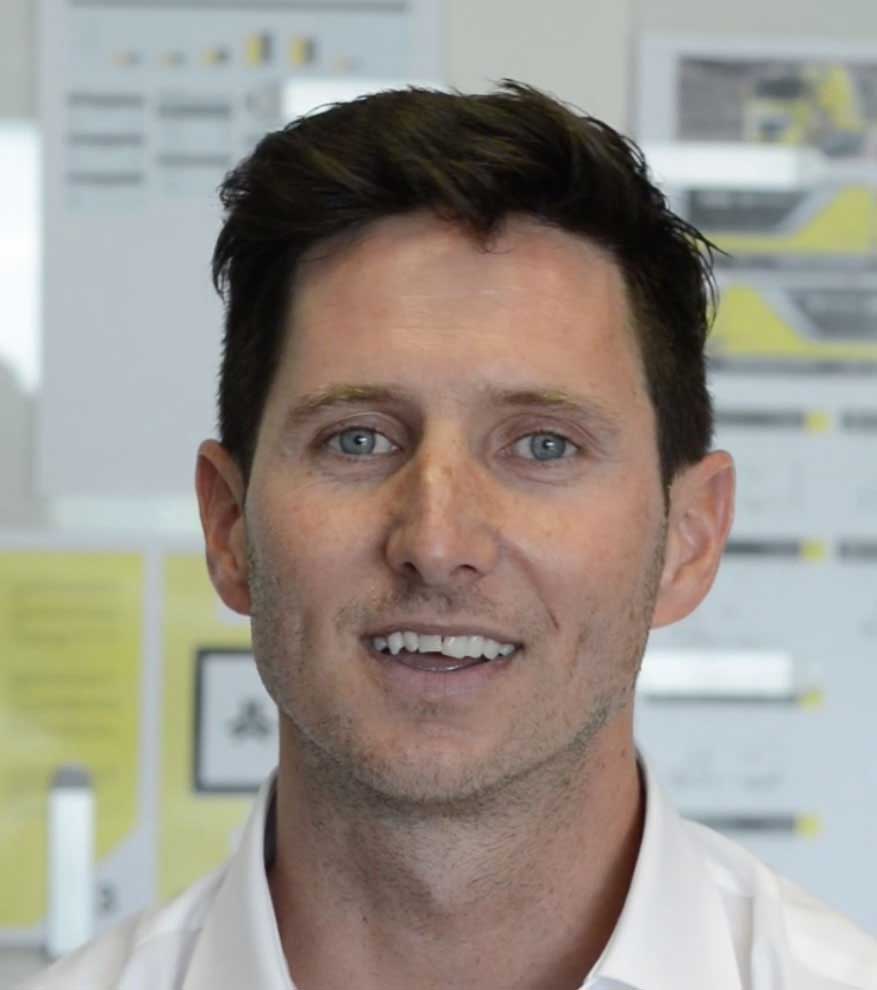 “It is important for dispatchers and drivers to share information in real time, so that the driver can easily communicate with the dispatcher and let him know the current state of each shipment. He can easily document the state, take photo, add notes, and share all this information with the dispatcher without having to call him. On the other hand, the dispatcher can quickly respond to change requests from clients by updating the scheduled route on the fly and this update is immediately synced to the driver’s iPad. Before using Synetrans communication between drivers and dispatchers was very difficult,” Jan Čech, CEO at SYNELOGIS explains

FileMaker Go has allowed the app to fully utilize iPad’s abilities, such as operatively taking photos of shipments, tracking the current truck position using GPS, or digitally signing the shipment delivery confirmation on the iPad’s touchscreen. Thanks to the recently released iOS FileMaker SDK it was even possible to install Synetrans as a real native app on the iPad, so that the driver can use it just like any other app completely intuitively

“One of our requirements was to avoid manuals and minimize any need for user training, and this was fulfilled successfully. With almost no prior training the tablets were given to drivers who had rarely any experience working with a tablet. They could start working, transporting shipments, communicate with dispatchers, and got used to the app, right within the same day,” Jan Čech confirms.

“Staff turnover is so huge this days that we need to be able to train new staff very fast. With the previous software I was used to work with, training new staff was a matter of at least two or three days. With the Synetrans app it takes only half day,” clarifies Jiří Šimák. 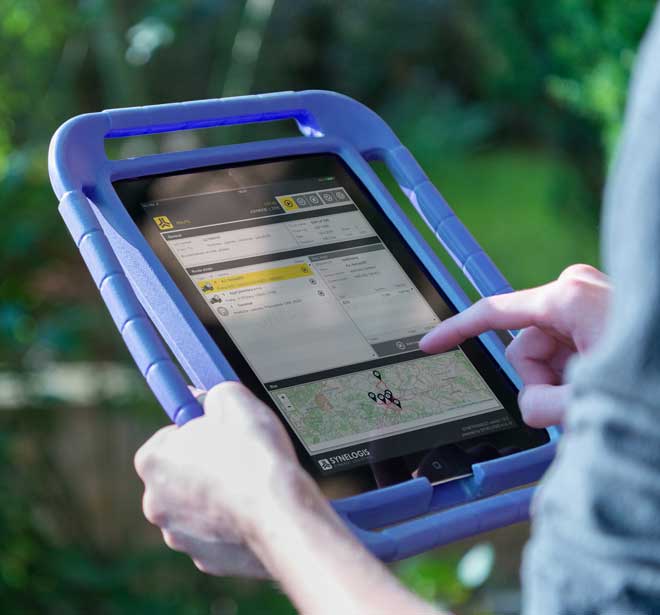 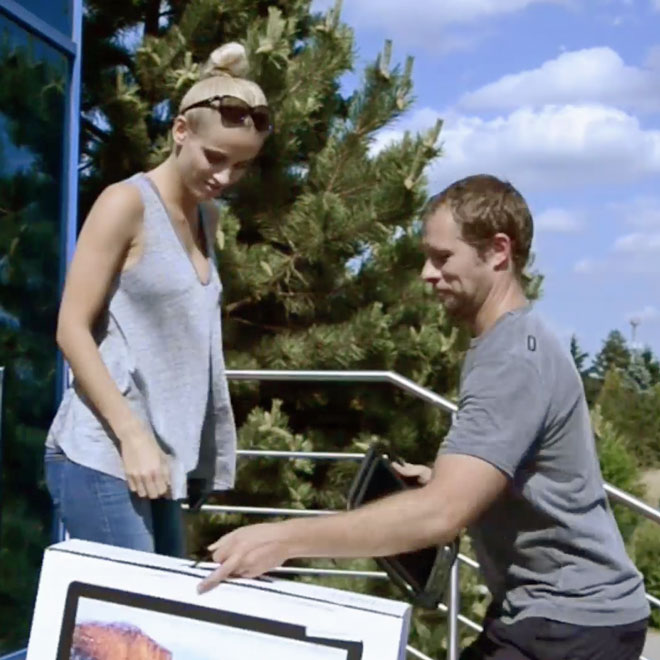 The choice to develop a custom app despite of the limited time has proven to be beneficial already during the first days of operation. The company was able to operatively optimize processes and business agreements in order to achieve the best profit for self and for clients at the same time

“Undoubted benefit of the app is that both drivers and dispatchers gain new willingness to work. Synetrans has also helped us to analyze a lot of data and disprove some doubts if our processes were efficient and if the shipments we accept to transport using our own trucks are profitable,” said Jan Čech, CEO at SYNELOGIS.

Deploying first version of the app did not stop the development. Actually, the app started to live and grow. Practice started bringing valuable feature requests, which the FileMaker platform helped to quickly deliver in an updated version.

Thanks to providing an app with an easy to use and enjoyable interface, users were readily coming up with ideas how to make the app even better.

“Both drivers and dispatchers came up with requests that were necessary to implement as soon as possible. It was the dedication and attitude of 24U and the FileMaker platform’s nature what enabled us to deploy 6 new versions within just 2 months following the initial version deployment and to quickly respond to current users’ needs,” Jan Čech added. 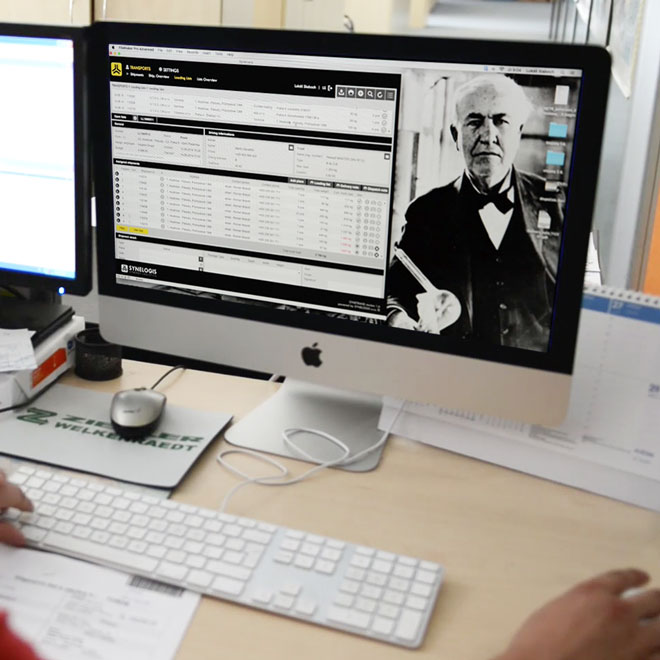 One Team of Two Worlds

The key to success was forming a joint team consisting of experienced software developers on the 24U side and people with rich experience from logistics on the side of SYNELOGIS, who understood each other and where all willing to seek solutions together. Thanks to the fact that

Looking for something not listed above? Contact us with your requirements, we can develop a custom plug-in or tool tailored to your specific needs.