Another FileMaker Konferenz is over and it has been great again

Another FileMaker Konferenz is over and it has been great again.

This year, hosted in Hamburg, Germany, over 180 German-speaking FileMaker developers came to this local conference to learn something new and get inspired. The atmosphere of the 3-day conference was very friendly and forward looking, as, how we already learned during the past 3 years, FileMaker Konferenz always tends to be. 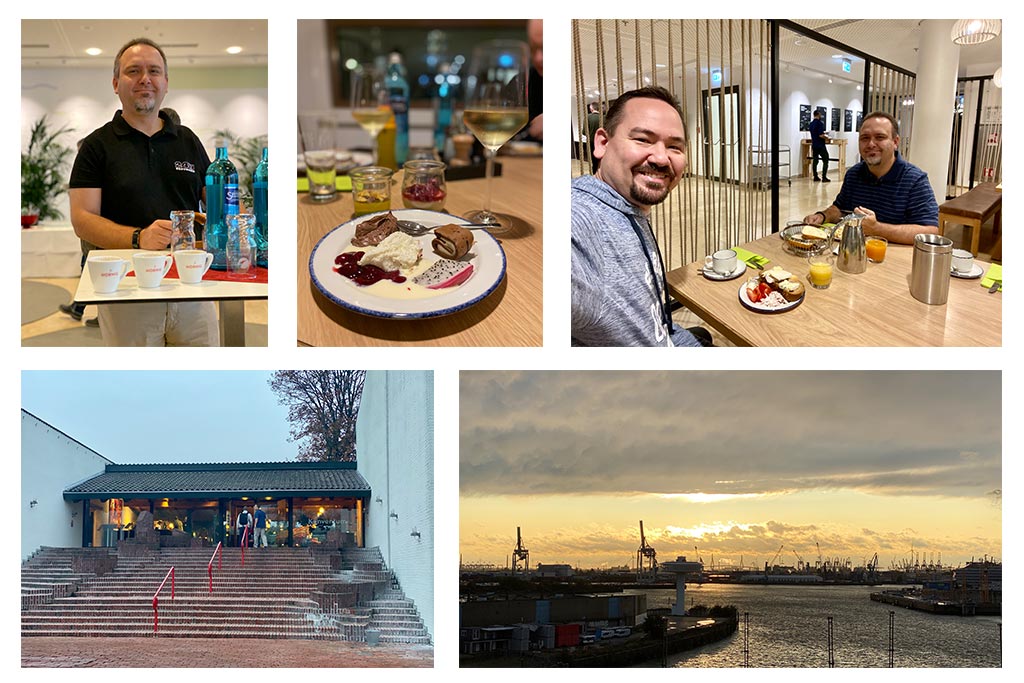 For the fourth year in a row we were glad to sponsor this event and support the community of the closest neighbours of our home country. Just like last year we also delivered two sessions, one sponsored and one as part of the official curriculum, which were very well received despite the fact that HOnza, our speaker, talked in English, not in German. 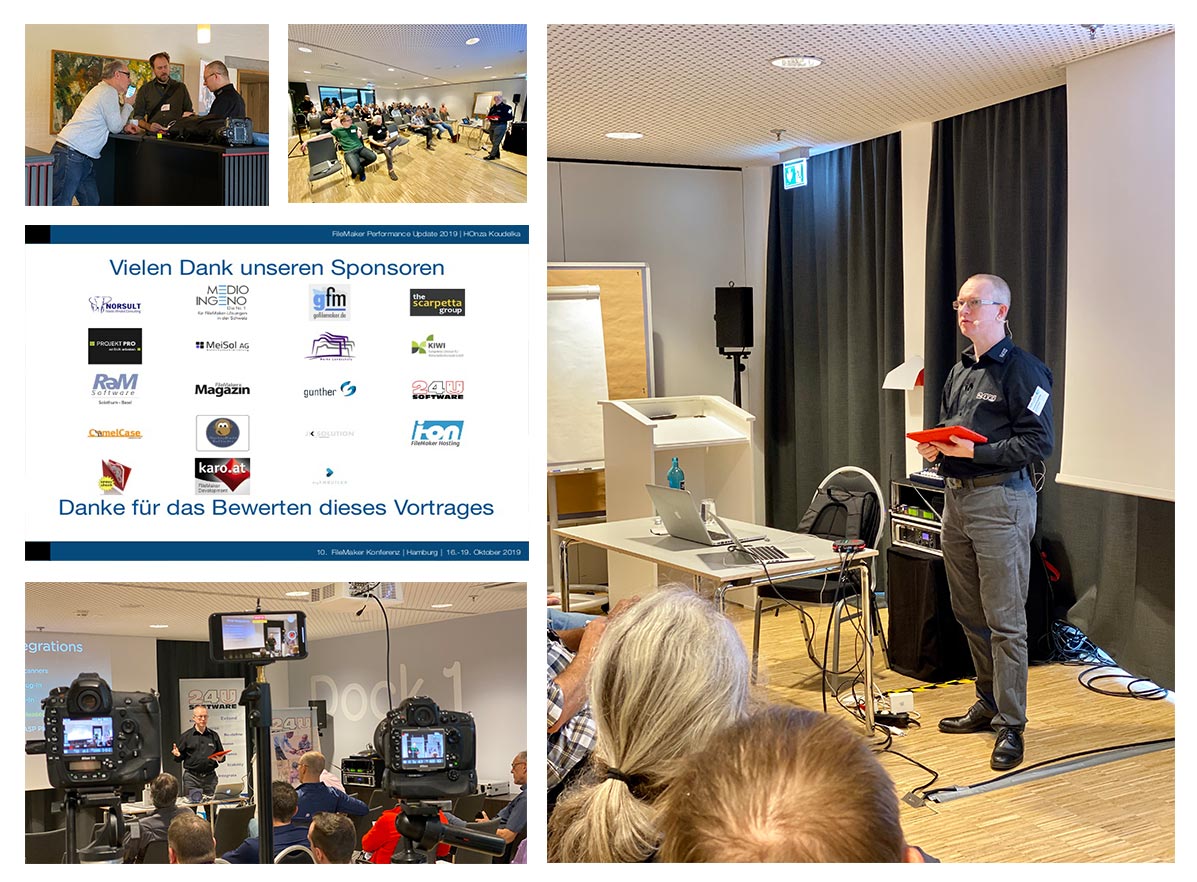 In the first session, titled "Hardware. Integrated." HOnza was talking about hardware integrations that are possible to implement in FileMaker apps. He presented our automated store demo we showed at FileMaker DevCon, this time not only from the outside, but also from under the hood. By attending this session, you could see how smoothly the physical world can be integrated with FileMaker, and how easy it can be not only to use but also to develop. 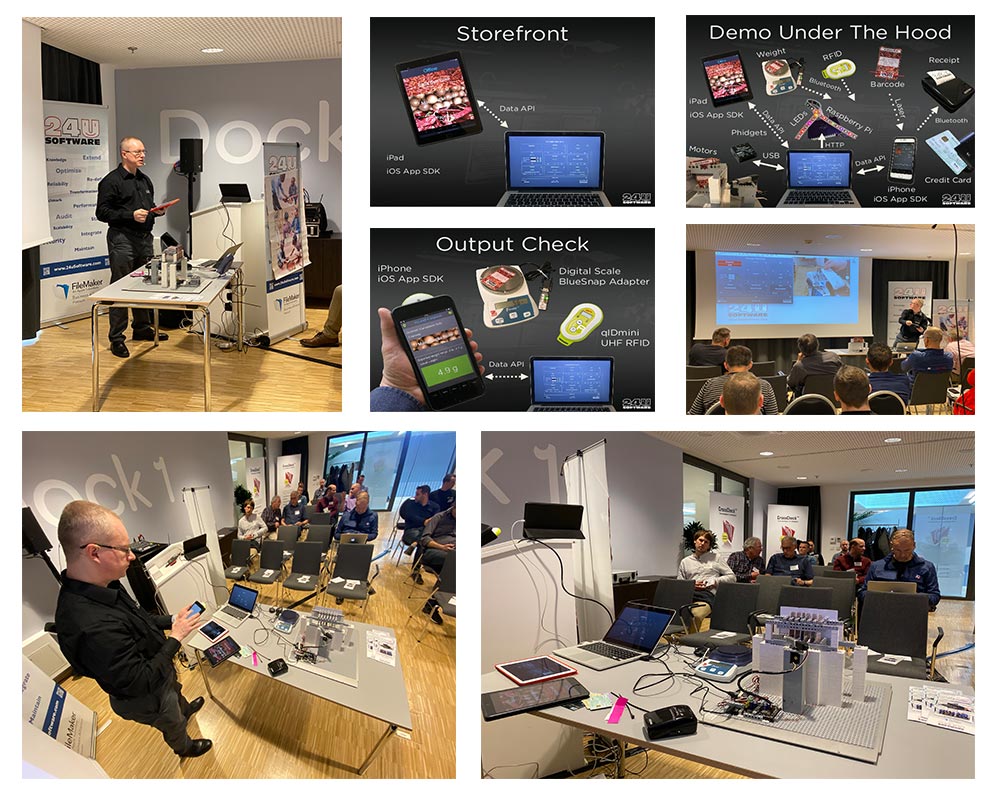 The second session was traditionally focused on performance and included the most interesting results from more than 45 thousand HOnza's recent automated performance tests, comparing FileMaker 18 to the previous versions. HOnza also briefly mentioned key performance-related discoveries from the previous years. As a bonus and big surprise, for the first time ever, HOnza also tested FileMaker Cloud for AWS, as well as the fresh new FileMaker Cloud 2, which is going public on October 29th. 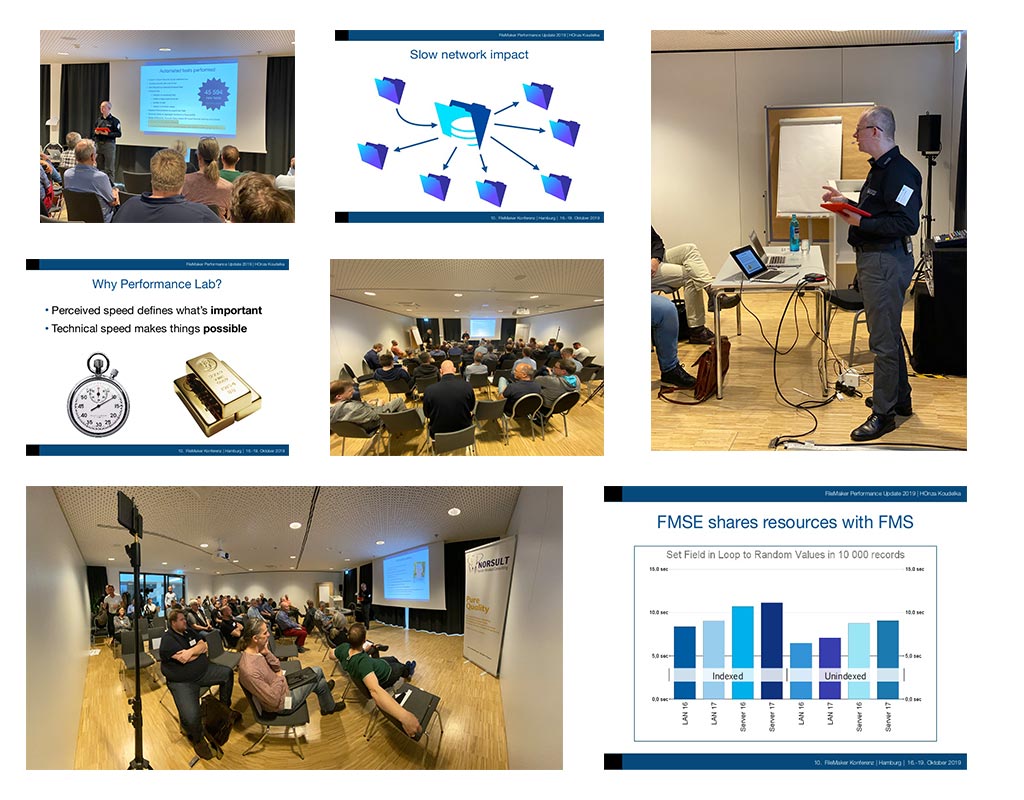 Although the new FileMaker Cloud is initially going to be available only to customers in countries where Claris has a web store (not in Czech Republic), with servers hosted in the USA, it is the primary focus for Claris and their new "cloud-first" strategy, so we were glad that Claris kindly found a workaround to let HOnza get a trial access and perform his tests on FileMaker Cloud in order to be able to present their results at the conference. 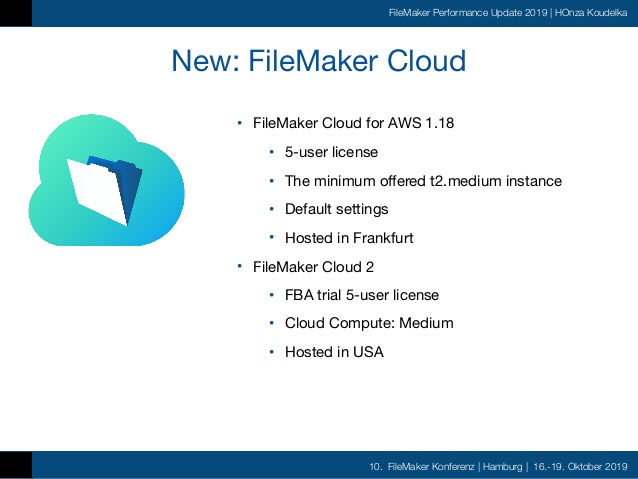 Some of the test results were quite promising, while some provoked new questions to be asked and definitely new knowledge for developers to gain in order to be ready for the cloud transformation.

The feedback HOnza received for both sessions was very warm and appreciative. See an example yourself below:

We have recorded both sessions and will be bringing them to you very soon. So if you could not participate, or even if you did attend them and just want to recall the information HOnza shared there, stay tuned.

After the conference we also had a chance to celebrate the 25th anniversary of K&K Verlag, the company that publishes printed FileMaker Magazin for German-speaking FileMaker developers and supports this great community which we are glad to be considered part of even though we don't speak German. 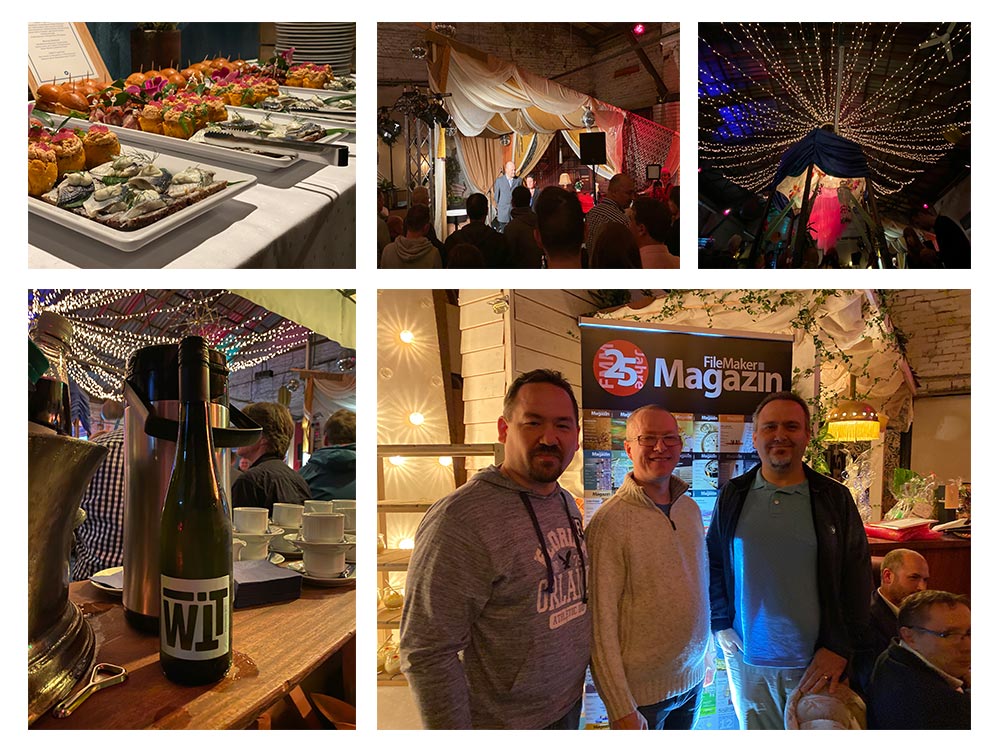 As last but not least important, we also learned some exciting news at the conference. The news are that next year in October Claris is going to organize a multi-national and multi-lingual Claris Engage conference in Lisbon, Portugal. This is yet another sign of Claris truly going International. They are, however, still supporting also the local conferences organized by the community, one of them again being the German-speaking FileMaker Konferenz, going back to Malbun, Liechtenstein in June 2020.

So the developers in Europe are going to get even more chances to meet, learn, and share their experiences, and we hope to see you at least at one of these conferences in person next year.