We have received our first Mac mini with the Apple’s new M1 processor, so I could not resist to test how Claris FileMaker performs on this new hardware. I executed the same quick test with 1000 records I recently used for my first performance tests of FileMaker Pro 19.1.3 and FileMaker Server 19.1.2. I was very nicely surprised, that even under the Rosetta emulation, it performed as well as on the latest Core i7 Mac mini.

When just looking at it, laying on the desk, you can’t really tell which Mac mini you have. So how exactly do the Apple and Intel-made CPU’s compared when running FileMaker?

To make my tests reasonable, I wanted to try something that is likely to be used as a small FileMaker Server. From the newest model, I have used the M1 Mac mini with 16GB RAM and 1TB flash storage, running the latest macOS Big Sur: 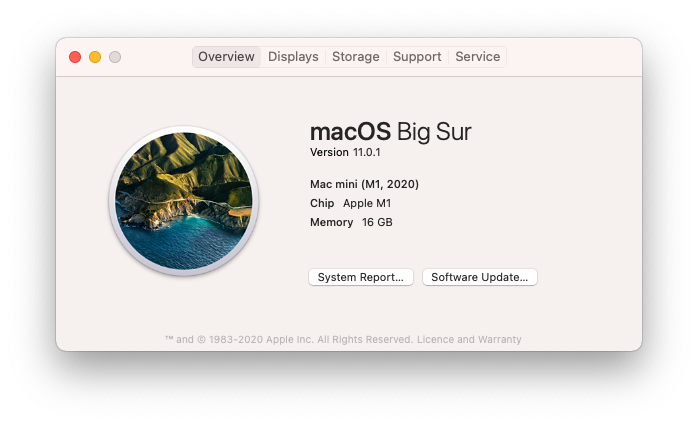 To compare that to something, the most powerful Mac mini configuration you can currently get with Intel processor is 3.2GHz Core i7 with 64GB RAM and 2TB SSD. So that’s what I compared the M1 mini to: 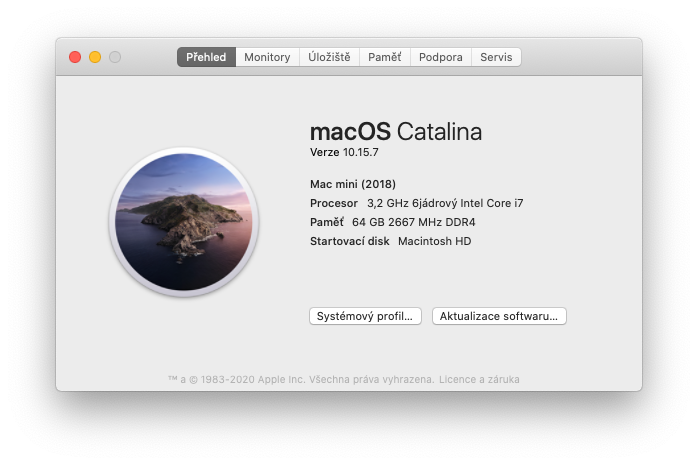 Since these versions are not built native for Apple silicon yet, I was asked to also install Rosetta during the installation. 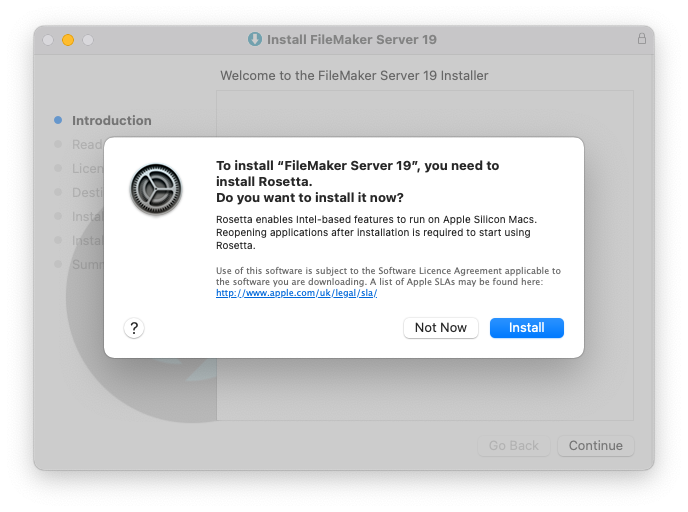 This was actually the only moment I noticed any mention of Rosetta. Everything else was smooth and I have not experienced any compatibility issues at all.

So I executed my tests, first locally in FileMaker Pro, then over LAN connecting from MacBook Pro to each Mac mini running FileMaker Server. My tests included running 5 server-side scrips simultaneously. To also have some essence of the Mac mini’s absolute speed, I also included the recent tests performed on the 12 years old Mac Pro in my comparison.

Ready for some charts? Let’s start with some pure scripting, finding prime numbers smaller than 50,000. This should compare the pure processing power as the whole operation does not need to interact with the data at all. 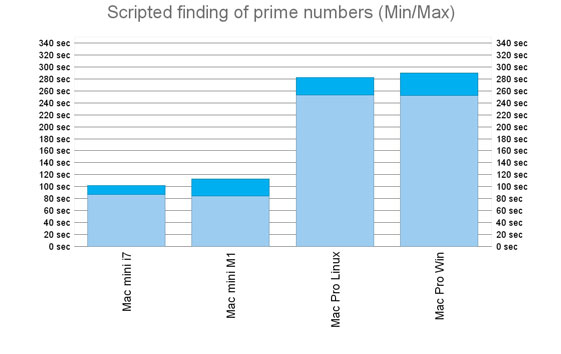 As you can see, it seems that the M1 processor in the Mac mini can really provide the same processing power as the Core i7, even under the Rosetta emulation engine. It’s also almost three times faster than the 12 years old Mac Pro (at its time it was the highest available server-grade Mac configuration). 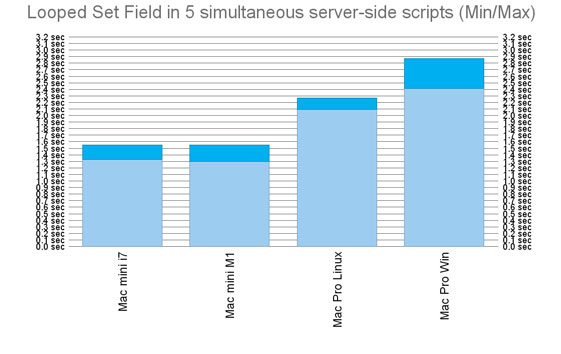 This was a really nice discovery. Still the same speed as Core i7, and even a server software running smootly under Rosetta.

When I tried the same test in a locally open file, M1 even slightly outperformed Intel. still under Rosetta.

Even though running FileMaker Server under emulation feels a bit weird and the currently available maximum of 16GB RAM probably does not provide any space for more than a few WebDirect users, the potential performance of the Apple silicon seems quite interesting.

I really look forward to testing native builds of FileMaker Pro and FileMaker Server. How about you?