After presenting at four German-speaking FileMaker conferences, let us take a brief look back at the first one in 2016 where all our European DevCons presence began. For the first time, in 2016 we had some really interesting stuff to show, including two case studies and results of over four thousand performance tests. Now you can enjoy the best parts of our sessions in a few short videos…

FileMaker Konferenz 2016 in Salzburg, Austria, was the first European FileMaker conference we attended and also proudly sponsored. Not being such a big event as the American FileMaker DevCon, the atmosphere was very friendly and familiar and the organizers very attentive. We literally felt like spending time with wider family. If you never attended a local developer conference, it’s definitely worth trying at least once. 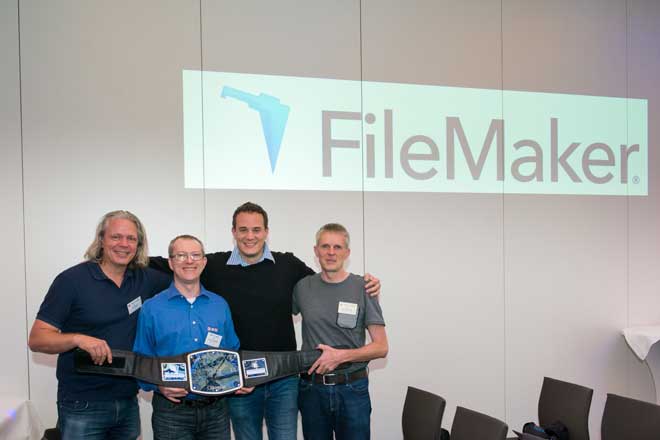 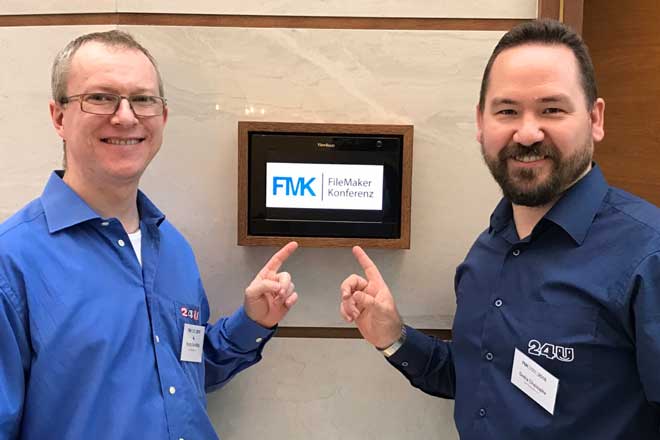 Our mad optimized HOnza Koudelka presented two sessions there. Even though it was an event for a German-speaking audience, the organizers welcomed HOnza to speak in English, and attendees coming to the sessions showed a lot of interest by having lot of relevant questions and participating in constructive discussions. We recorded the sessions and prepared short excerpts of the most interesting parts for you to watch below.

In the first session HOnza presented two recent case studies of the 24U team helping our customers with their real life needs and issues. One of them was Logrea Dance Academy, a successful dance school based in New York, which we helped to optimize their solution, making the key process of switching layouts at least eight times faster.

Performance optimization is one of the skills we have been practicing since the release of our optimization tool, FM Bench. We found and many times proved that the key part of the optimization process is to identify and optimize the solution’s bottleneck. So let HOnza tell you how bottleneck works:

Second study detailed a solution audit we did for Medeam, a division of KLM Air France, helping their in-house developer to implement best practices to ensure future scalability and reliability of their task management solution.

We discovered that taking good care of our customers’ FileMaker solutions and regularly auditing and updating them helps to prevent the solutions to get worn out and avoid serious issues which, in the end, might be much more expensive to resolve than the regular maintenance.

HOnza's second session, part of the official FileMaker Konferenz curriculum, was focused on results of over 4000 performance tests HOnza performed specifically for the conference. Most of the tests were showing what has changed in terms of performance between FileMaker 12 and FileMaker 15.

HOnza also presented some interesting results of comparing different techniques to do the same thing, useful to know when you’re developing a new feature and deciding how best to approach it. Some of the results were even shocking, such as that sorting and finding by unindexed field was much faster than sorting by indexed field…

HOnza later discovered he actually had a bug in the test script, accessing the field through a wrong table occurrence. But the bug was so hard to spot that it can easily happen to anyone and knowing how such an invisible mistake can affect your solution’s performance is also very useful.

Last, but definitely not least important, discovery was that every new version of FileMaker can bring changes that change the rules. For example, virtual list, a technique invented by Bruce Robertson, has been used for improving performance of FileMaker layouts for many years. With a new portals behavior introduced in FileMaker 15, there are now cases where using a virtual list may actually slow down your solution.

Slides and sample files from this session are still available from the FileMaker Konferenz website.

The technical nature and detail of the second session was very welcome by the attendees and a long discussion followed about different performance issues and various ways to make FileMaker solutions faster. The discussion also left some questions unanswered, suggesting more tests to be done and evaluated. We were able to respond to them and HOnza presented the updated test results at the following year's FileMaker Konferenz 2017. So stay tuned, we’ll bring you a recap of that conference as well very soon.